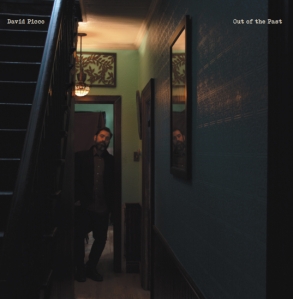 David Picco / Out Of The Past
Release Date: May 31, 2019
Label: Independent
Genre: Singer/Songwriter, Americana

All songs MAPL/SOCAN
Produced by David Picco
Recorded and mixed by Krisjan Leslie
at Lab Of Chaos, Kilbride NL

On his fifth album, Out Of The Past, David Picco takes a cue from the title in offering a classic alt-country collection, one that echoes the gloriously raw and edgy recordings of Uncle Tupelo, Songs: Ohia and Drive-By Truckers. But in other ways the St. John’s NL singer/songwriter uses this approach to address the present with searing clarity, as he’s adapted to life’s harsh realities. What can a poor boy do? The best answer is still: to play in a rock ‘n roll band.

Out Of The Past is Picco’s first release since 2015’s Start Again, made following a return to St. John’s after living in Toronto for 12 years. Although it was a critical success—Exclaim described Start Again by saying “the overall forward motion of the album is unquestionable: this is a driving album,” and it earned a MusicNL Award nomination for Best Rock Album—Picco’s intention with the self-produced Out Of The Past from the outset was to take things to the next level.

Recording again with Krisjan Leslie at Lab Of Chaos in St. John’s with his trusted band consisting of guitarist Sean Murray, keyboardist Ryan Kennedy, drummer Chris Donnelly and bassist Paddy Byrne (along with some special guests), Picco came to the studio with over 20 songs, 10 of which made the final cut once a theme came into focus. It was not so much a sense of nostalgia that permeated the material, but more of a willingness by Picco to show more sides of his personality through his music. Sure, there is pain and sadness at the core of many tracks, but also acceptance and even humour in equal measure.

You don’t have to be a roots rock aficionado to fully appreciate Out Of The Past. You only have to appreciate the sound of an artist hitting his stride—with sights set directly on the future.